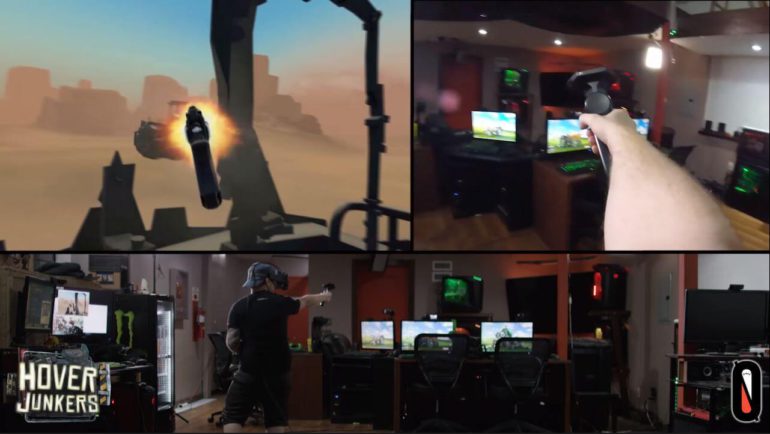 Watch ‘Hover Junkers’ Be Played With HTC Vive in Multiplayer

Hover Junkers– one of the most anticipated VR titles for HTC Vive – released a video where you can see a dude lone wolfing with a pair of revolvers in his hand, shooting at other players in multiplayer.

According to StressLevelZero, this round was the least interesting one, although by looking at the video I got fairly excited at how smooth and promising it looks.

Shooting in FPS games has always been rather one-sided, where mouse and keyboard are the dominant devices for a good gameplay experience. Consoles and their controller don’t even come close to what you can achieve with a mouse in first-person-shooter games.

With controllers like Oculus Touch or Vive controllers however, you are given a completely new set of toys, allowing you to master a whole new skill. This skill requires you to aim at the target, while taking into consideration the angle of your arms (or the gun in-game) and the right altitude for more precise shooting. Now more crosshairs to help you, no more centered positioning for the gun. If your hands get tired of holding a controller up in your room, game won’t hold you by your hand. Everything is like in real life, except the environment is completely different.

Release date for Hover Junkers isn’t available yet, but is expected to be released around the same time as HTC Vive. Oculus may get their hands on it, but probably not before Oculus Touch is released, which is in Q2 2016.

In the meantime, all we can do is wait and watch devs play with their own creation. 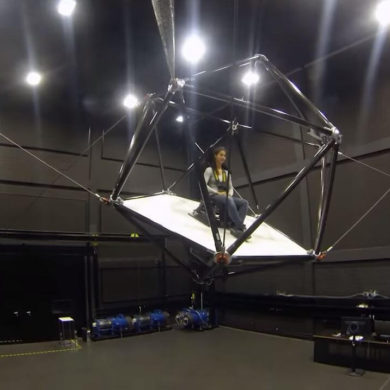