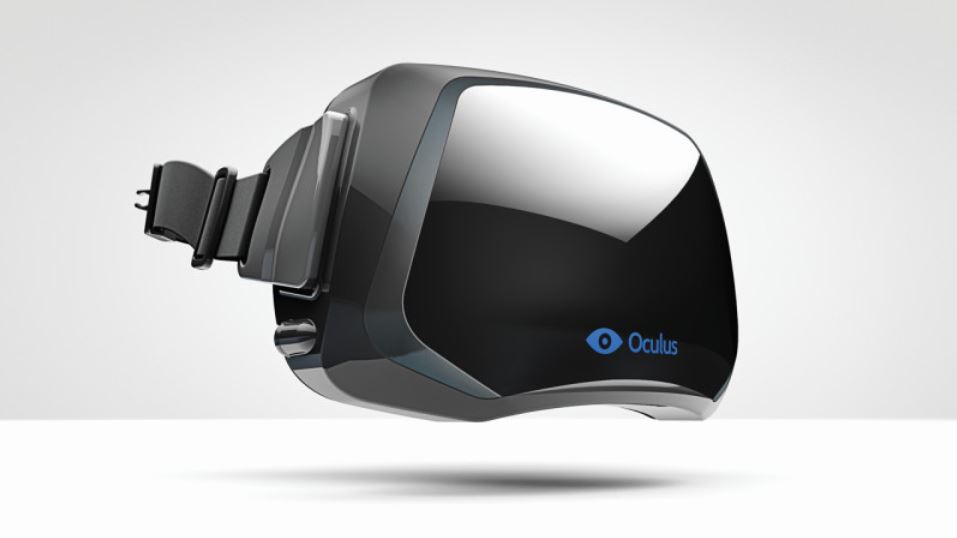 What Do New Oculus Rift Images Reveal us?

About a month ago we got some interesting details about the Oculus Rift. Images were released, as well as an official “estimated” release date for our most known HMD.

Even though you can’t tell everything from just a couple of pictures, there are a few noteworthy things hidden in them. 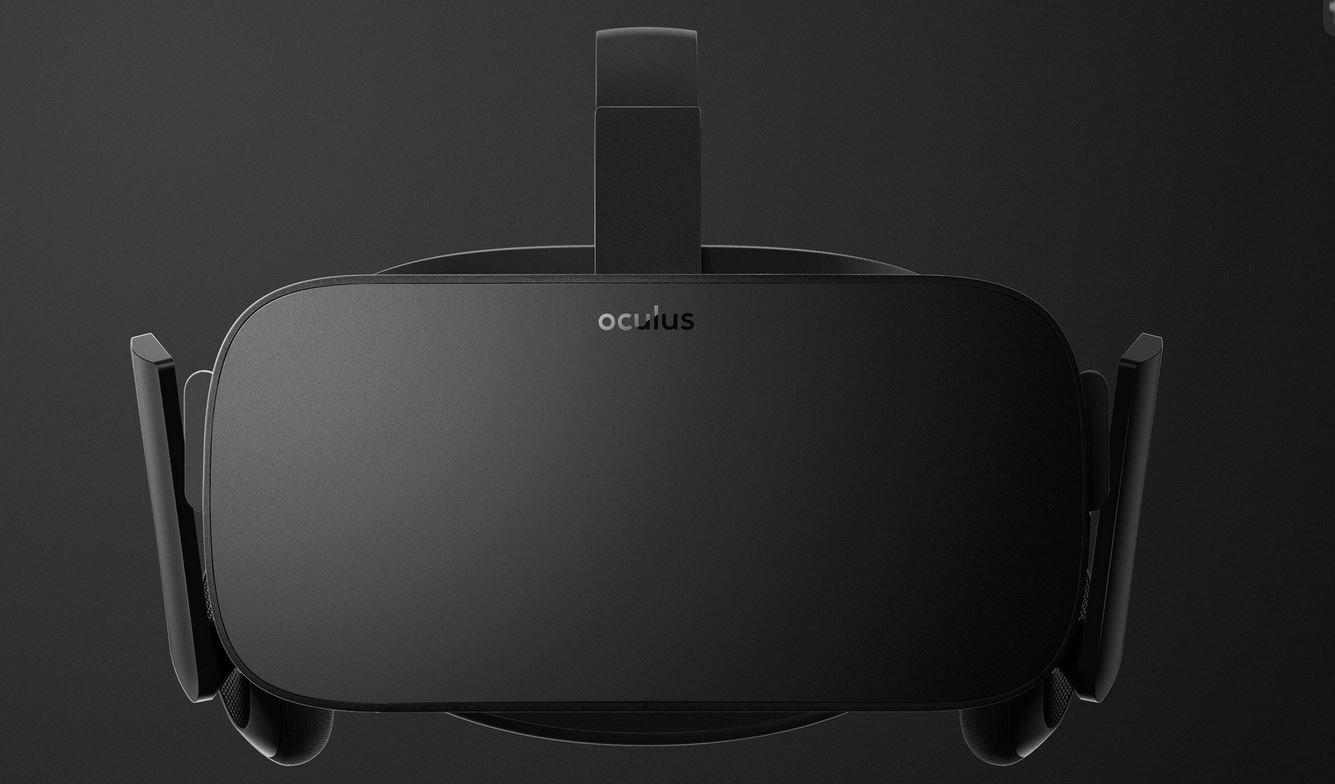 Design has been improved. Of course it’s a matter of preference, but in my honest opinion, each development kit that comes out, looks sexier than the previous one. DK1 was quite “squarish”, DK2 is a bit better but not ideal, and this one is even more visually advanced. But, I wouldn’t say that it gets the first place in the beauty contest, Project Morpheus doesn’t let anyone be more fabulous. 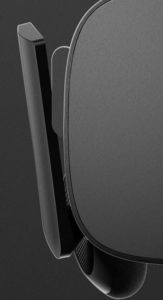 Lets get the big elephant out of the room. Headphones have been added to the Oculus Rift arsenal. Not DK1 nor DK2 had the privilege to be equipped with an integrated VR audio. This time however, we get to hear a high quality sound in VR. It means that the sound will be in 3D. For example, if something happens on top left, your ears will get the right information. It is like 7.0 surround system, only now you can move your head around, and the sound will change its location accordingly.

But if you want to have your own headphones, you can easily remove them. 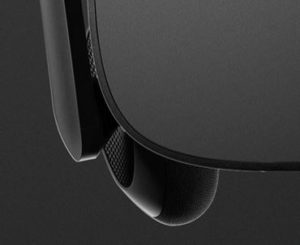 Lets talk about the material. Although there is no official word about it, it was reported that the Crescent Bay, a prototype for the Oculus Rift CV1, is much lighter. And lighter usually means better in terms of ergonomics and comfort.

If we are not mistaken, Carbon Design Group might have played a big part in here, since they were acquired by Oculus in June last year. Even though the visual appeal is not something that is hugely important in the long run, having a better comfort with this new material comes in handy, especially when you wear the VR headset for longer periods of time. 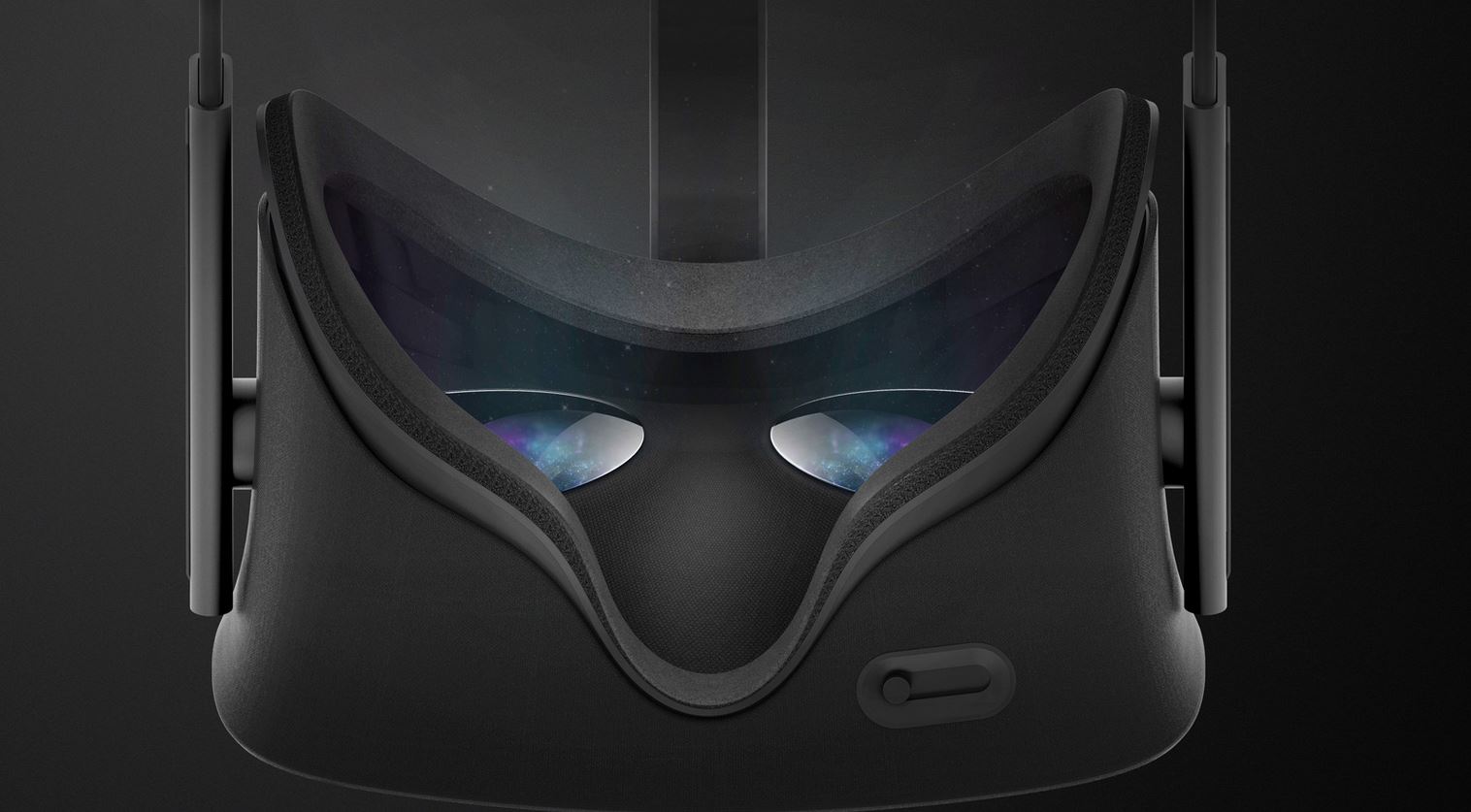 This is the second image that was published on their Oculus homepage. If you compare it to previous models, you’ll notice that this one is a lot curvier in some places. Looks beautiful, particularly inside the lenses. It seems as though there is a whole other universe inside the VR device, which, of course is the whole point of VR, to immerse yourself inside virtual reality world. 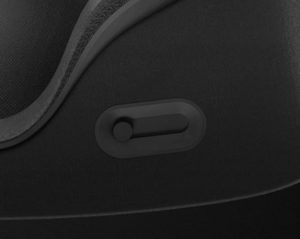 The next thing that pops into your vision is the power switch. Or at least it’s what I think it is. As some mentioned, it could be for brightness, or even some kind of an IPD adjustment.

But if we are not mistaken and it is a power switch, then it has been relocated to a much more suitable place, and that is bottom right instead of top right (in DK2). 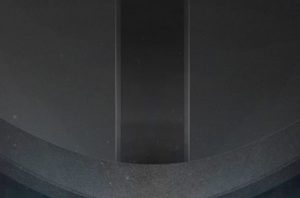 Rigid strap. On DK2 there is a cloth-like material that lets you hold an Oculus Rift on your head. Crescent Bay has been changed to having a rigid strap, meaning your VR headset will require more space if you plan to take it with you.

We are not sure if it’s a better design choice, but those who have tried it, said there has been a noticeable improvement in the comfort area. 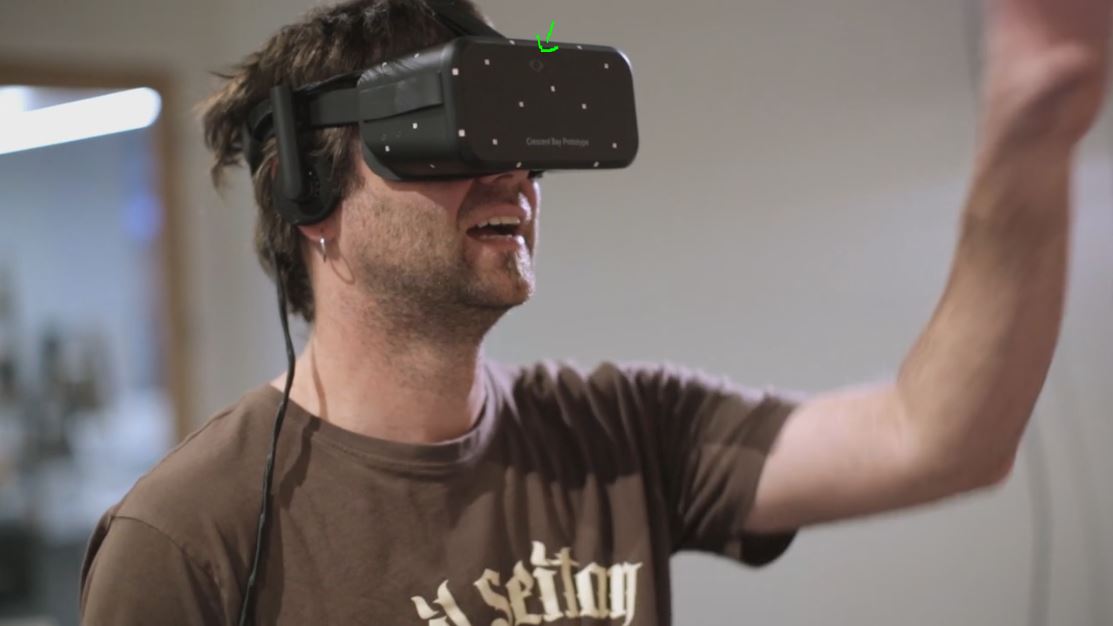 E3 is coming closer and closer. Controller is probably going to be revealed within the next few weeks.

I was watching the trailer/introduction for the upcoming Oculus Rift movie called “Henry”, and I saw this little area (picture above). I started to think maybe it’s some kind of an input device similar to Leap Motion. Of course it looks like a normal Oculus logo, but what if they added the input tracker inside?

In my opinion it’s one of the most convenient places to install it. By watching the trailer i noticed that each time they showed someone watching “Henry”, they were using their hands as if to interact with stuff. And as we know, Henry is going to be an interactive Oculus Rift movie. If that is not the case (mainly because of the pictures above where the logo is not there) then there are two option left:

2) They just love to wave their arms for no reason at all.

Whatever the case, upcoming weeks are going to be filled with interesting news about the Oculus Rift.

See also: Oculus Rift Games You Might Want to Check Out!