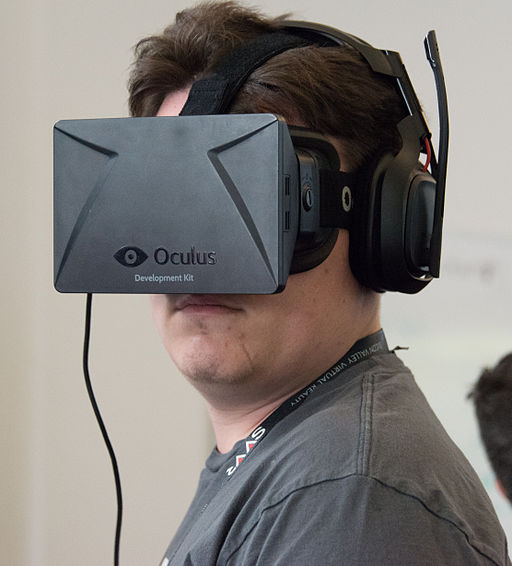 What is Oculus Rift?

To say it in few words, it is a future.

But if to be more exact, it’s a virtual reality head-mounted display.
What it means is you put a helmet-like headset over your head, and
without warning, you’re in a whole different virtual world.

Can you imagine the possibilities with that kind of technology?
At the moment Oculus Rift is mostly being used in gaming industry, which
gives you a chance to jump, run, look around in a way, people have
never experienced with the screen. But as time moves ahead, it can and
WILL be used in movie industry.
A lot of companies already are convinced, that Oculus Rift (VR) is the
future of many different industries. But we’ll talk about it later.

Lets start with the history.

Once upon a time, there was a mother, who married a father, and they decided
to have a child, and they named him Palmer Luckey.

Palmer was a tech genius for his own age. He was highly interested in
electronics, and even though he was young, it didnt stop him to build things
that would even make older engineers scowl.
See, Palmer here had a guilty pleasure – virtual reality.

He had an extencive collection of over 50 different head-mounted displays,
yet he was not happy with them due to high latency, low contrast, and small
field of view. To show his frustration, he made his own virtual reality
prototype at age 18 in his parents garage. He kickstarted it, and in some time
he got lots of recognition. So much even, that he decided to drop school and
focus on it full time.

You wish to know the specs of the latest kit? Then click HERE

Like I mentioned before, it has so much raw potential, that it’s crazy, and not only in
gaming industry. It has been rumored (or confirmed), that

It has to be said though, that is hasn’t even been released, yet already it has been getting so much unprecedented hype.

And for good reason. Kudos to you, Palmer Luckey, for taking matter in your personal hands, and creating a new era of virtual reality.

It is not just a revolution, it is a future.

Have something to add? Feel free to leave comments below