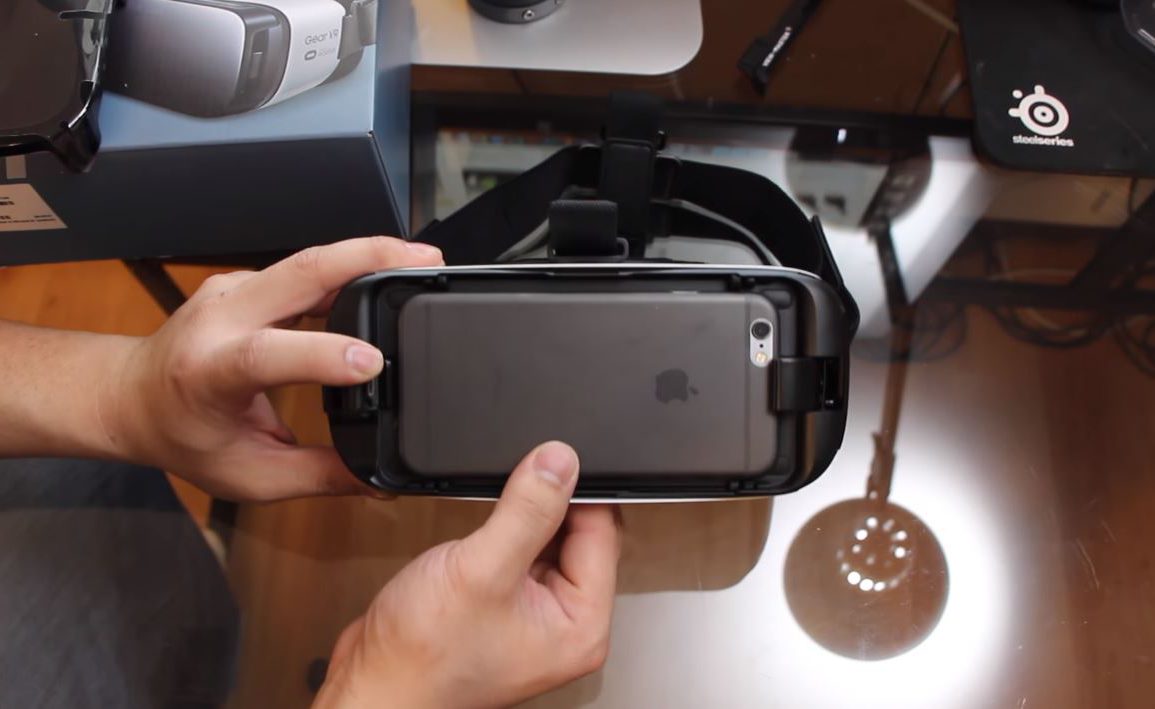 Will Apple Get Into VR?

Everyone wants to get into VR market right now, whether they admit it or not.

Microsoft is not building any VR headset for their Xbox, yet they directly help Oculus Rift to have a good software platform for good virtual reality experience.

Apple, if you have not heard, is also secretly gathering a team for VR research, which means that an upcoming HMD is bound to come in the near future.

We are not yet sure what kind of headset it will be, but in my opinion it will be something similar to Gear VR. Gear VR was extremely successful, and till this day is Nr. 1 best seller on Amazon. This kind of success is of course managed by being one of the first portable headsets that is being built with quality in mind. And it obviously managed to get some flow from Oculus Rift fans.

So keeping that in mind, why shouldn’t iPhone have something like Gear VR or Oculus Rift? That is exactly why these kinds of pictures started leaking on the internet.

Of course it’s all rumor and all, but I genuinely think that something is stewing in that corner. Taking advantage of VR hunger that people have right now, can be really helpful, even if their company is beyond the normal size.

But, there are some recent statistics that show a decline in iPhone sales for the first time in history, and even though Tim Cook, CEO of Apple, made some good arguments as to why it happens, I do think that they are searching for alternatives, or at least some “accessories” for iPhone, like Gear VR is for Galaxy phones.

If, by any stretch of the imagination, it’s not connected to iPhones, then another good option to assume is that they are building something for their Mac computers.

It was actually interesting to hear that Palmer Luckey – founder of Oculus – completely denied Mac computers of having an Oculus Rift support due to “not being good enough” for virtual reality. Completely understandable considering the requirements you need to have for VR PC. All the current Mac PC’s can be used for gaming, but they are not designed for it. That can be seen by just looking at the graphics card alone.

IF, they truly are planning to build a headset that is for Mac users only (which I kinda doubt), then they have to step up their gaming level by a lot. Even regular PC users can barely step over to the good side of VR, so it’s not a joke, especially for your wallet.

Another option is that Apple is building their own AR headset. 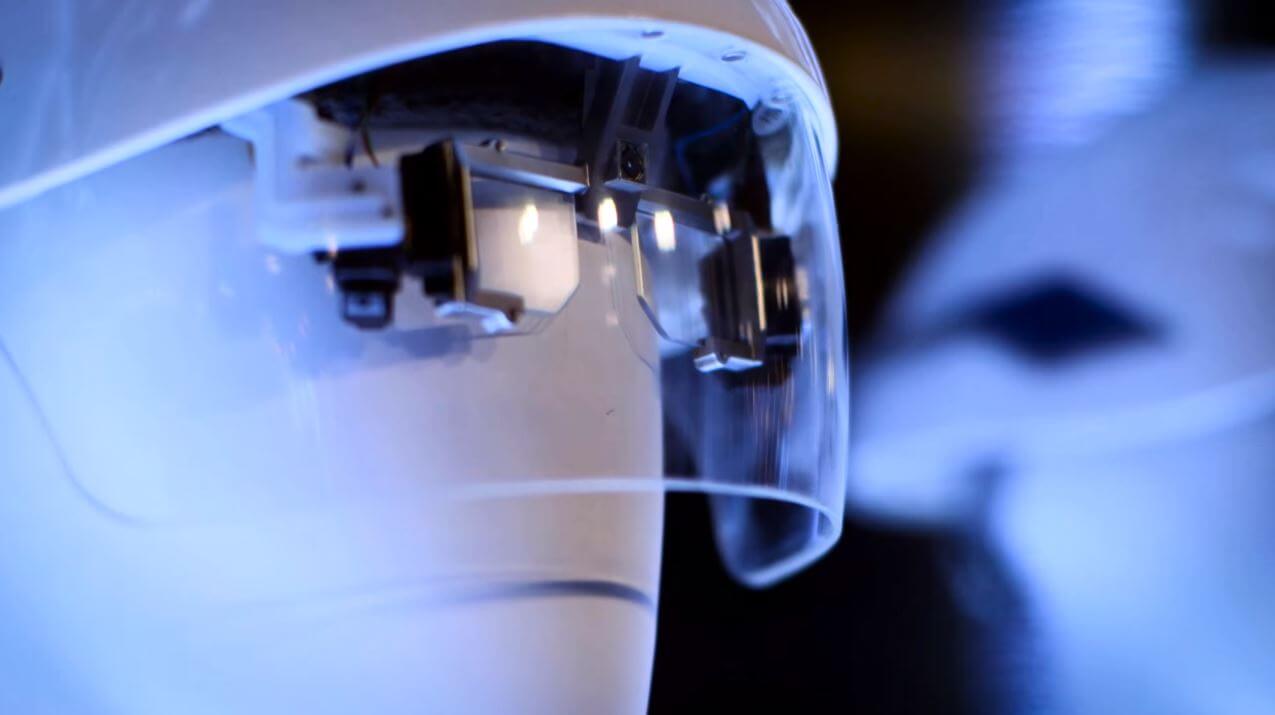 For those of you who don’t know, VR headsets are made mainly for virtual reality scenarios, like games, but augmented reality headsets blend virtual reality with real world. It means you can basically see holograms in front of you through those “glasses”. One of the prime examples for it is Magic Leap or Hololens.

Hololens is actually a magnificent piece of technology. For example, this video was released last year, and it’s pretty amazing, which makes you think of all the possibilities once this kind of technology becomes mainstream.

Although I think that VR is much more interesting than AR, I wouldn’t mind for Apple company to get into augmented reality, especially considering it could be more suitable for their crowd. I mean, when has Apple been considered as a gaming platform creator these past years.

So if virtual reality will not be their immediate choice, AR is always available, even if it’s harder to get success from that avenue.

At this current moment, there are a lot of different VR headsets that are designed to be compatible with as many phones as possible. Never before have I seen such a huge boom in portable headsets as it was in 2015, and this year. It is an empty space that indie companies try to fill to get some of that early innovation success, and that is why there are so many HMD’s risen from the ashes. 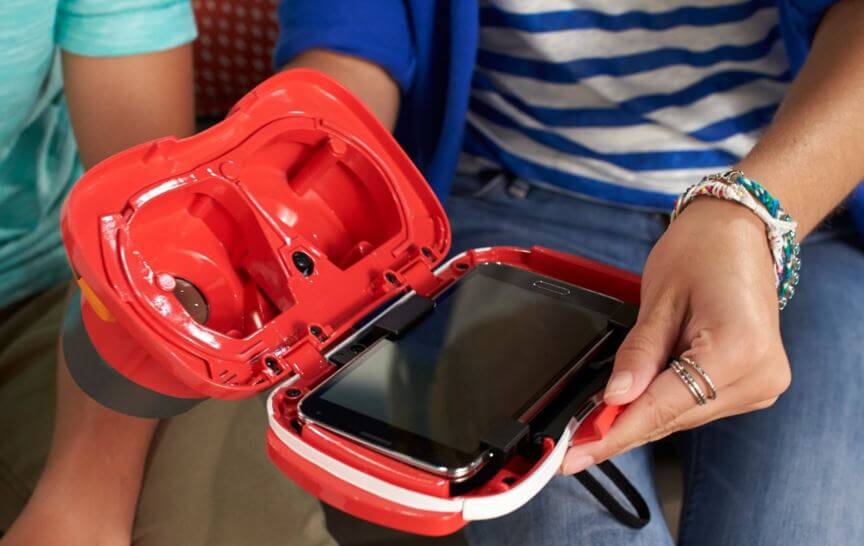 In my opinion, one of the best portable VR headsets for Apple iPhones is View-Master Virtual Reality Viewer Starter Pack. It’s relatively cheap, and is more or less comfortable considering the price.

If you want to go even cheaper, Google Cardboard is always lurking behind the corner. These kinds of headsets are made specifically for giving you a taste of VR, and nothing more. I can’t imagine you playing or watching a movie for hours end, while your hand is holding the “iPhone holder” to your face.

So there basically are no dedicated VR headsets for iPhone just yet, but if the rumors are correct, something is coming, and I believe that these upcoming months will be generous in terms of revealments.

I just hope it will not have an iPrice labeled to it.

Those were just my random thoughts about VR. If you want more, feel free to follow us on social stuff!