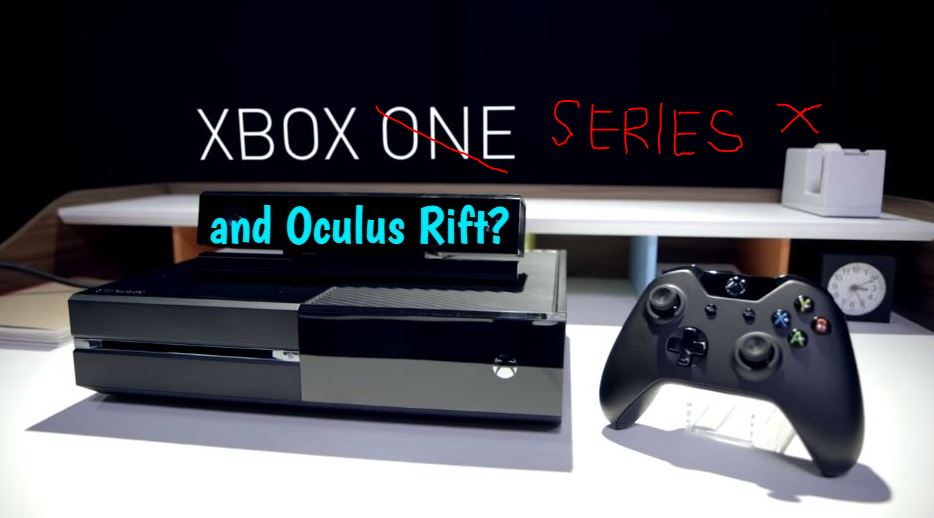 Will Oculus Rift Work With Xbox Series? Yes, BUT…

Will Oculus Rift work with Xbox 360, One, and Series X/S?

Editor Note: I originally released this article in 2018, but I rewrote it in 2021 since much has changed.

That’s actually quite a popular topic, but there is a bit of confusion as to what works and what doesn’t. Let me break it down.

Yes, you can use Oculus Rift (S as well) to play Xbox games.

No, it will not be literal VR where you are literally in the game.

By that I mean, there is an Xbox app developed by Microsoft for Oculus that lets you connect your Rift, PC, and Xbox so that you share the same network. That allows you to play it.

Here is the BUT…

The VR gaming experience will be like playing a game in a cinema.

You would put on the headset, and you’ll have different surroundings to choose from. In this surrounding, you have a huge screen that basically plays all the Xbox One games. 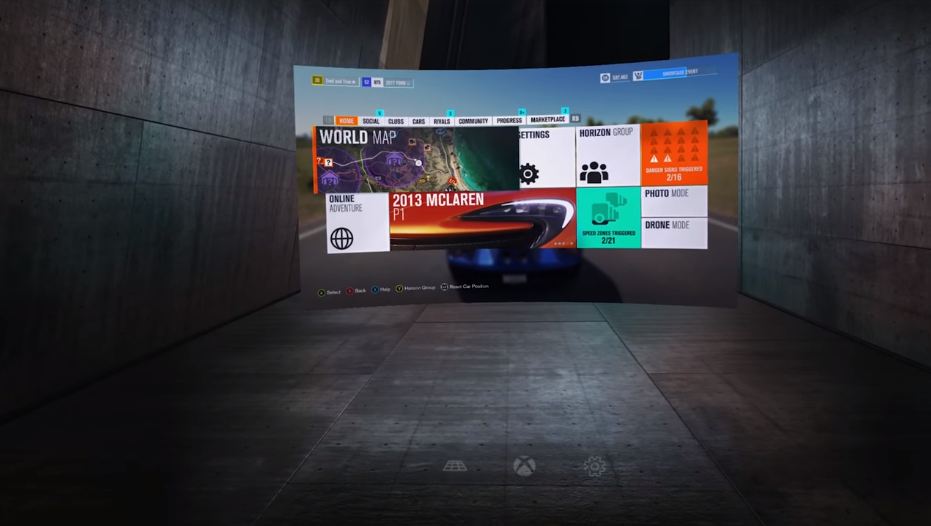 Can you use Xbox Series X for Oculus Rift streaming?

Here is what the official Oculus Support has said in a Reddit forum:

This application may not support the Series X just yet either – you may need to wait for the developers to release an update.

Update, as of the day of the writing, has not been released for Xbox Series X just yet. You can check the versions here.

My feelings on this Xbox Streaming app

Do I like it? No, I absolutely hate it, it’s quite stupid apart from specific functions.

I understand, Xbox had to somehow connect themselves to virtual reality, and what better way to do it than by watching a huge TV inside the virtual reality that streams your Xbox game, right?

There is slight inception going on, and because of that, I don’t really see a huge point in this program.

Yes, you can use it for size enhancement, but for regular people who already have a decent monitor, it’s quite useless.

I only recommend “Xbox Streaming” to people who have a small monitor, or a monitor so bad that it’s better to watch the screen through Oculus Rift. It might also be useful for those who have a lot of distractions around them. 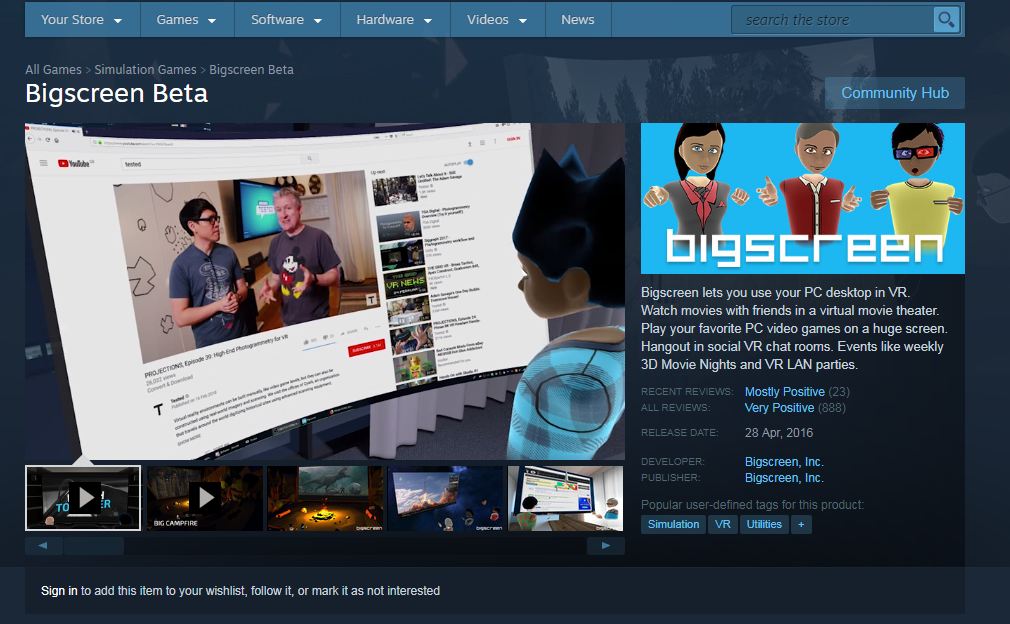 Even then, I’d say there are better programs for streaming Xbox games. My personal recommendation would be “Bigscreen Beta“(free download) that allows you to stream all console games and watch all the movies in VR with better image quality and crispiness, as well as do everything mentioned above with your friends inside the same virtual room.

Yes, you can do stuff on Xbox Streaming like change your scenery or adjust the curviness, size, the distance of your display, but all of these things can be done on Bigscreen Beta also.

I am actually a bit ashamed they did such horrible work or at least left it unfinished considering how big of a company they are.

This is what I wrote a few years ago. What is my opinion now?

It’s horrendous. I still see zero point in wasting your time to set it up for your Oculus Rift device.

However, if you have your own reasons for it, here is how to do it:

Here are some Xbox games you can play (that are backward compatible).

As “awesome” as this program is, we are still left with a question – What the VR future holds for Xbox.

Here is what important people at Xbox have said over the years:

What Phil Spencer, in charge of Xbox, thinks of VR 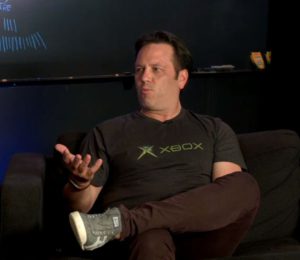 “When we were working on Windows 10, we decided to go out and talk to the different people who were building these great VR experiences — Valve, all these guys — and see what we can do in Windows 10 to make this the best possible platform for VR. We’ve been taking that feedback and all that is in our road map for Windows 10. That’s been helpful.”

In that same interview, he was actually talking about streaming Xbox games to Oculus Rift, but he didn’t make any mention of creating a personal VR headset or allowing Oculus Rift to play Xbox games (like vorpx allows to play regular games in VR). 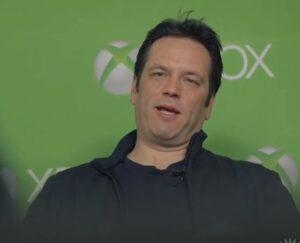 “I hope Sony has success with what they’re trying to do because I think it’s good for our industry as innovations like VR take off. But for me, and where we are with Xbox, my bet is putting the development tools in the hands of literally millions of people who can go on Windows and start building their own VR experiences is likely to lead to faster content innovation than a closed ecosystem would.”

To summarize, he basically confirms that he wants to focus on the Windows side and make Windows 10 the best platform for VR gaming. 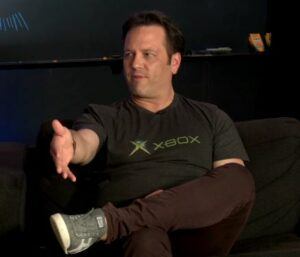 I love what we’re all try to go to. Actually the teams share a lot of learning—we’ve had the Sony team up,
they’ve seen what we’re doing with HoloLens, we talk to the Valve guys all the time.
I don’t think this is a time for us to be competitive in this space. It’s a time for us to share our learnings and try to get better, because the market is years away, but we want to be ready for it”.

The overall saying is that they want to be ready for the future, but they are not ready to be competitive.

In 2018, Mike Nichols – Chief of Xbox marketing, said this about VR:

We don’t have any plans specific to Xbox consoles in virtual reality or mixed reality. Our perspective on it has been and continues to be that the PC is probably the best platform for more immersive VR and MR.

Obviously, on phones, augmented reality is a good scenario as well that’s going to grow.

But as it relates to Xbox, no. Our focus is primarily on experiences you would play on your TV, and ultimately we’d like to make those experiences more broadly.

At that time they basically say that they want to focus on TV and that there are better platforms for VR, but in the end, they are open to becoming broader.

“I have some issues with VR — it’s isolating and I think of games as a communal, kind of together experience. We’re responding to what our customers are asking for and… nobody’s asking for VR,”

“The vast majority of our customers know if they want a VR experience, there are places to go get those. We see the volumes of those on PC and other places.”

“I think we might get there [eventually], but yeah, that’s not where our focus is.”

Here Phil Spencer is is harsher towards VR by saying that there is no market for it since people don’t ask for VR.

Later, he retracted a bit:

Fair feedback. I’ve said publically, I love how our industry has pioneered: AI, physics, 3D, RT, VR/AR etc. For us, it’s about focus on our innovations right now. I’ve played some great VR games, I got to play HL:Alyx in the summer, amazing. It’s just not our focus with Scarlett

By “Scarlett, he meant the new Xbox Series X console.

The fact that Microsoft’s WMR devices haven’t succeeded in overthrowing kings like Oculus, Index, and Vive, definitely added some salt to the opinion.

This time, he adds more reductive statements to his previous comments, where he said that no one asks for VR. He added:

“VR is not as simple as plugging your headset; you have to redo the dash like there’s a bunch of work that goes into it. And the teams at Valve, the teams at Sony, the teams at Oculus that are doing that work, they know the completeness and what it means to support the platform.”

“I don’t hope it (VR) goes away: I hope it gets bigger,” Spencer later concluded. “I hope it’s something that’s so important that it would be a no-brainer for us to go support it. My main point (in 2019 statement) wasn’t to shade anybody who’s working on VR or anything but really we aren’t focused on it right now and that’s not part of the equation right now.”

Yet again, he says that they want to focus on their own thing, and basically leave VR to companies that are more focused on it.

Will Oculus Rift work with Xbox together as PS VR does?

Here is what we know: 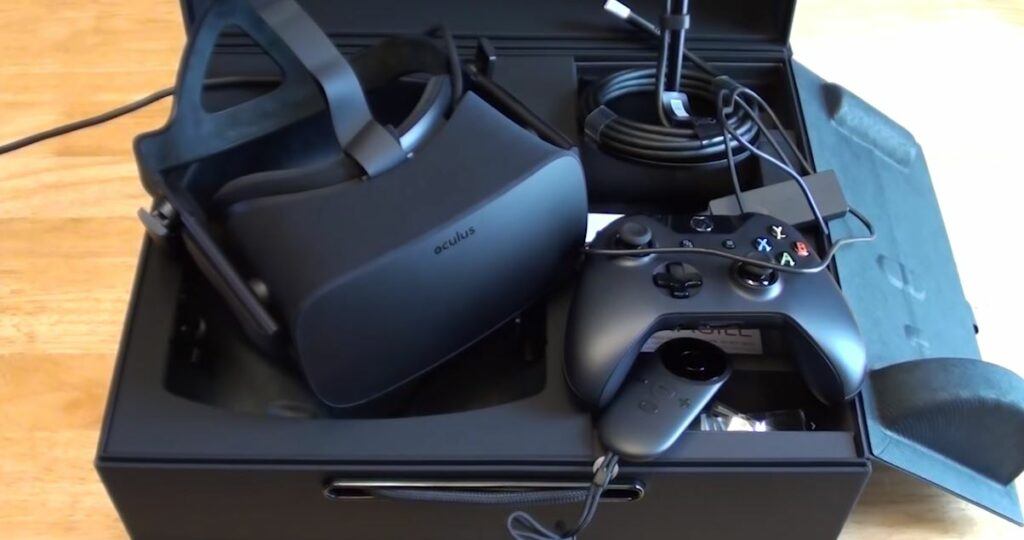 That merge would have been perfect. Unfortunately, despite people’s expectations, that didn’t lead anywhere.

Now there are other merger moments.

2. Microsoft’s Mixer merging with Facebook Gaming in 2020. That could pave the way for additional partnerships, including regarding Facebook’s Oculus Rift. 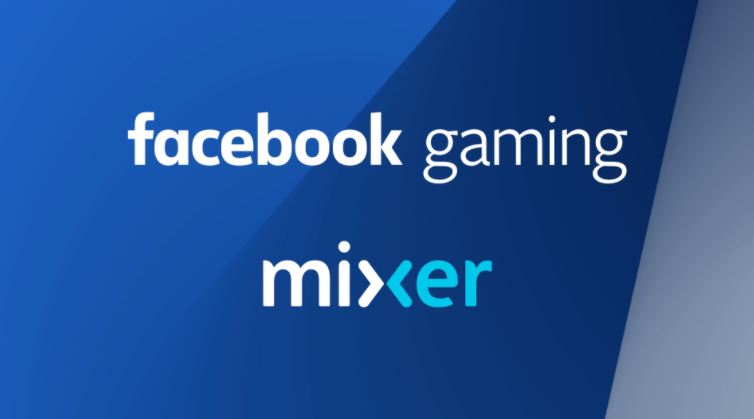 Whether they plan to go further this time is uncertain and no official news has been brought up. People, however, don’t lose hope.

It’s usually the first steps that are the hardest to make and seeing Phil Spencer’s recent comments, it is more than apparent that he doesn’t mind being open-minded about it.

3. Microsoft’s team has created Microsoft Flight Simulator, and that is a huge hit in the VR community, with people even having “haunted dreams of being in a cockpit“. 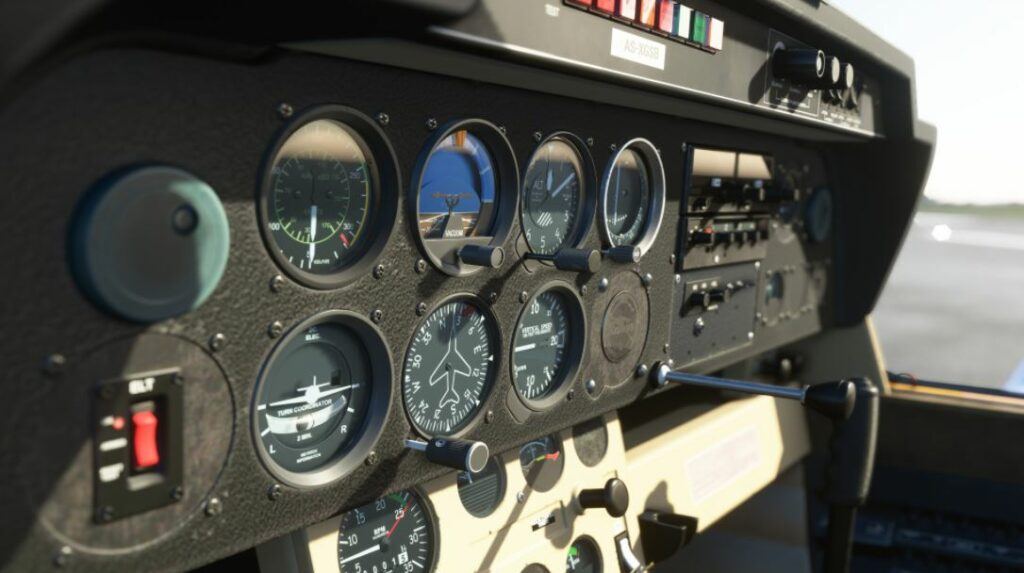 Seeing such a response can definitely encourage hardware developers to innovate even more so.

However, they are more focused on other projects like Hololens. Whether they plan to come around for VR soon is uncertain, but it’s apparent that they have plans for AR.

Hololens is an awesome product, but it’s nowhere near mass consumer levels. So it’s a topic for another day.

By the way, as I was researching this Xbox and VR topic, I ran into a product called Oculus Go Standalone Virtual Reality Headset – 32GB – Xbox 360; Xbox.

If you run into it, DO NOT BUY it.

The title might suggest as if it’s an official VR headset for Xbox devices, but it’s far from that. It’s kind of misleading and I see many people asking whether it works with their Xbox device.

It does not. Shame on them. I don’t know what they were smoking during the platform naming.

Xbox is not ready to work with Oculus Rift, as sad as it is.

I see people’s interest in Google on the topic of Xbox and Oculus Rift, but it seems that Microsoft does not share the enthusiasm.

They launched an Xbox One Streaming for the Oculus Rift app, but it’s as bad as its name. I mean, now that Xbox Series X is out, what are they going to name it?

“Xbox One and Xbox Series X/S Streaming for the Oculus Rift?”

It’s a pool that’s better to be left alone.

The only silver-lining that has been recently found was Microsoft’s partnership with Oculus Rift, but even then it will take years before something materializes.

I’ll keep you up to date with updates on this topic. In the meantime, I guess we’ll have to rely on Playstation, PC, and stand-alone VR headsets to entertain us.

Comment down below if you have something to add.