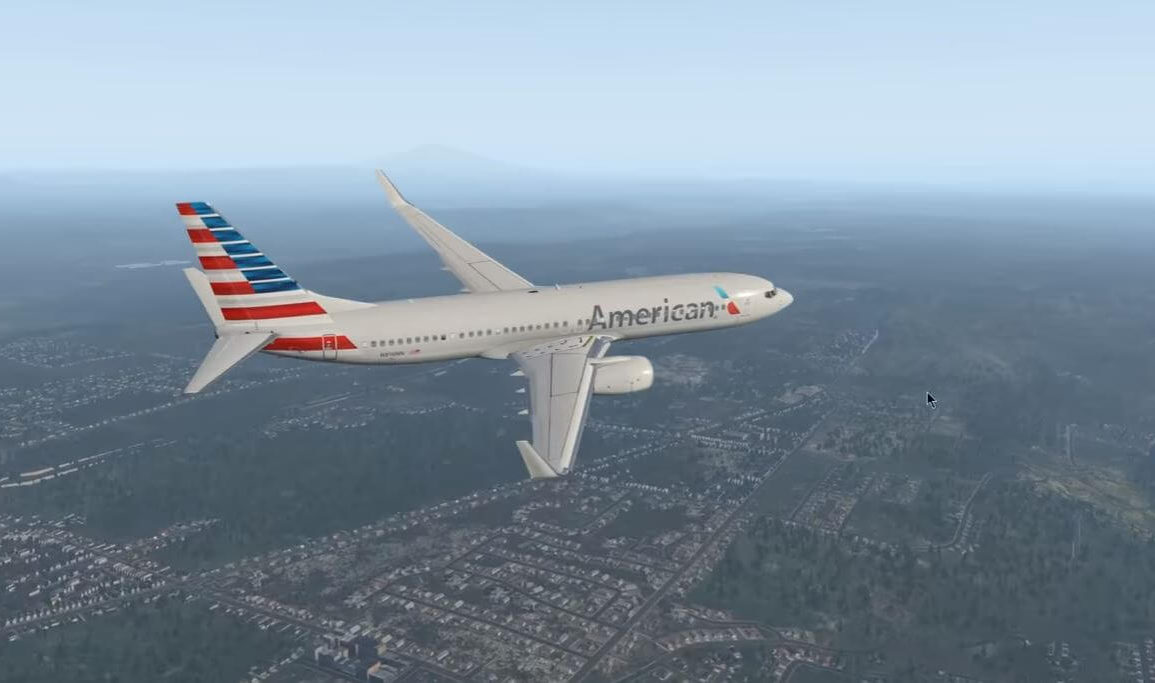 Why do people get drawn to virtual reality? Why do people use Oculus Rift? Well, it’s probably to get a more realistic experience from the game. You put the mask on, and you can literally feel the butterflies whenever you fall off the cliff, or when a huge monster runs towards you.

X Plane has a similar goal in mind. It tries to make a game as realistic as possible.

Previously, Microsoft’s Flight Simulator X (FSX) was on top of the flight simulator market. Everyone was using it, and almost everyone liked it. But, the technology moves on, and if you don’t update your applications, it’s going to be overthrown.

That is exactly what X Plane 11 did. It worked on its engine day and night, and gave us the most complete flight sim package you could create these days. There are no other commercially available simulators out there that manage to compute flight characteristics as accurately X Plane. As it was revealed, blade element theory model was used to give an edge over the competitors. They are the only ones that take those theories into consideration.

It’s now the most realistic flight simulator out there. But can we combine X Plane with Oculus Rift? Yes, you can. It can be done through a program called Flyinside. You can also use HTC Vive to play Plane X.

We’ve not forgotten about VR. We’re still looking at it for the future, but we don’t have a timeline at this point.

So if we don’t have a native VR or Oculus Rift support for X Plane yet, can a Flyinside program be a good alternative/replacement? 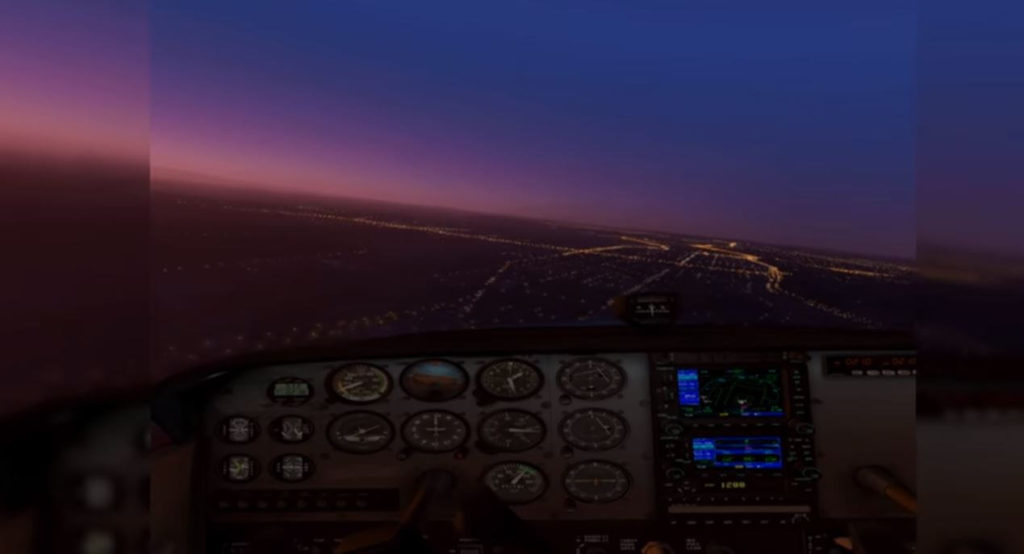 Hmm, it is hard to say. First of all, when games don’t have native support, it sometimes creates difficult problems that are hard to fix without having access to all the source scripts. If only we had all the access to source codes. As a part time developer myself, understanding how they managed to implement some physics would be a dream come true. Unfortunately (or fortunately) it is impossible to do unless you go the illegal route. Even then it takes ages to crack it.

Plus, it takes some time to implement all the changes. Flyinside is a terrific program, and it is constantly being updated by wonderful devs, but it still has issues.

One of the issues is performance. It’s quite bad.

If you have a budget VR PC, there is a high change it’s not powerful enough to get stable FPS  in X Plane with Oculus Rift. I’d recommend to look into top tier VR PC builds that I created. That way you can get stable frames, as long as you make some additional changes that I’ll mention below.

What changes? If you already have a powerful PC, try this X Plane setup for Oculus Rift:

There is also a great Youtube video for high-end VR PC settings, it shows the configuration within Flyinside and X Plane (this configuration is using GTX 1080ti, so be sure to have an appropriate graphics card):

If you know any more performance tips, let me know in the comments.

It is a bummer indeed that we even have to use 3rd party programs to play such an awesome game with such high VR potential. It’s like they are match in heaven. Add a good flight sim VR accessory to it, and you basically have a cockpit in your room. As far as I’ve heard, a huge percentage of people moved from FSX to X Plane. Its community is growing with each day, and since it’s so young, it is filled with newcomers, ex pilots, and game developers. They are super friendly from what I’ve seen, so asking questions or raising some topics about Oculus Rift and X Plane is more than welcome.

If you are thinking of getting into flight sims, I couldn’t find you a better community even if I tried.

Not only is X Plane 11 super good with its community and creating a realistic scenario in the air, it lets you build your own custom aircraft. You will have control over all the options and buttons, you can change almost anything you want, and then test it out in the play field. On top of that, you can create your own airports.

At the moment, it basically mimics the whole world map to a certain degree and generates it for your eyes. If you want, you can place your custom airport to wherever you want.

That’s what makes X Plane 11 such a good program. It is made entirely for users to play, test and learn. Almost nothing important is restricted. It is like playing GTA 5 mods, but restricted to flying only. 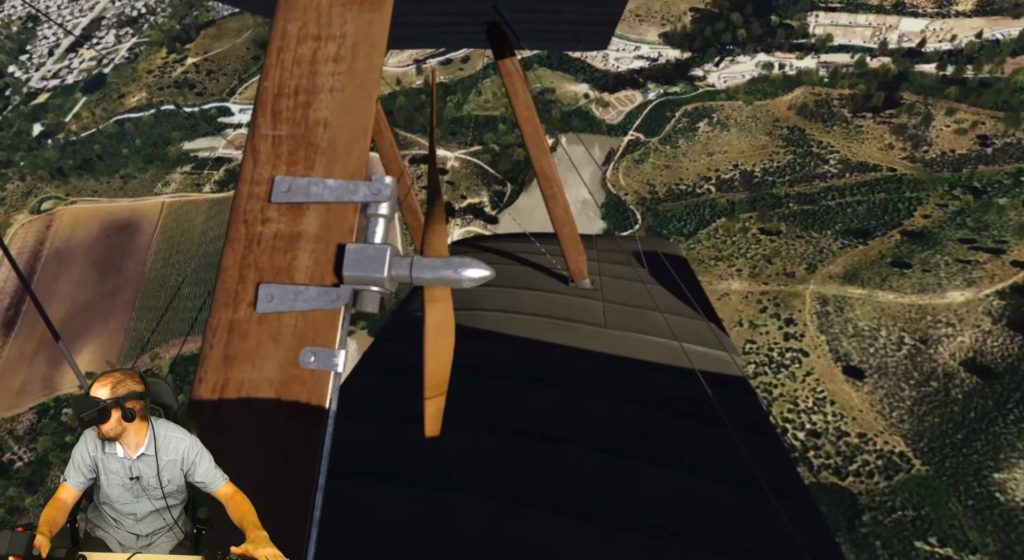 Well, apart from the mentioned FSX, there is also Aerofly FS2. It is perfect for those who are suffering from performance. It is super fluid, can achieve 90fps, and has great flight physics.

It’s maybe not as realistic as X plane, but can provide even greater VR immersion, depending on what you want from your flight sim. A HUGE amount of people are praising it on internet, so if you can’t run X Plane, this one might be for you.

There are few other Oculus Rift flight sims available like War Thunder, Elite Dangerous, DCS Word, so be sure to check them out also. I’ve actually haven’t updated it for some time, so I am probably going to go to that.